Home
Bitcoin News
Can the Bitcoin halving bring about a bull run?

When Satoshi Nakamoto, the creator of a unique currency (the one we know as Bitcoin), started out the development of a currency that would be decentralized in creation and distribution. He also introduced the development of an online blockchain that would play an integral role in storing data of all transactions. He also spoke of rewards for people who add new units(mining), who verify new transactions.

In a bid to make the system self-sustaining, Satoshi sets a limit to the mineable bitcoin at 21 million. As time goes, mining will become more difficult and rewards will reduce too. Not all of the 21 million bitcoins are circulating on the blockchain network for people to buy.  Satoshi Nakamoto didn’t just place a limit on how much Bitcoin will be produced, he also set a limit on how much Bitcoin can be produced at a given time.

There is an (increasing) limit on the reward miners get. That process is an important element of Bitcoin mining-Bitcoin Halving. When Bitcoin was launched in 2009, miners were given a whooping reward of 50 BTC for adding a new block. However, according to Satoshi’s code, the algorithm automatically halves the block rewards after each 210,000 are mined every 4 years. In 2012, the reward halved 25 BTC, in 2016 it went down to 12.5 BTC. Barring wild swings, the next halving should be on May 24th.

What effects does the Bitcoin halving have?

Whatever Satoshi thought when developing the halving mechanism, it is worth the thought. As designed to solve many potential issues that were sure to strike bitcoin as its acceptance grows, Satoshi noted that it would help stabilize the bitcoin prices in long term. It would have it grow at a slow rate but will enjoy steady rise.

A year after the first Bitcoin halving event in November 2012, the Bitcoin enjoyed a bull run to a then an all-time high of $1,000. The 2016 halving event gave birth to last year’s meteoric price rise which peaked in December 2017 with the Bitcoin price reaching a staggering $19,000.

Will we see a similar bull run next halving?

This year halving, Alistair Milne, chief investment officer at Atlanta Digital Currency Fund, believes could push the price of bitcoin to massive gains in the next 12 months. Many analysts have suggested that anticipation for Bitcoin’s upcoming “halving” event could cause a bull run.

One of such analysis is provided by popular cryptocurrency analyst, Moon Overlord, who explained thus in recent tweet:

“Bitcoin has traditionally starting pumping around 1 year on average before it’s halving date… The next halving is estimated to be May 2020, meaning that the uptrend will begin in May of this year… In which case you’d only have a few months left to buy $BTC at this low of price”.

The stiff competition for mining the halving event will bring is another possible cause of price surge. Since bitcoin mining will bring lesser mineable bitcoins, competition becomes fiercer and will create a scarcity that will engineer an increase in Bitcoins. Unlike fiat money, Bitcoin can be deflated. As block reward reduces, stability is infused and a steady surge is expected in Bitcoin price. 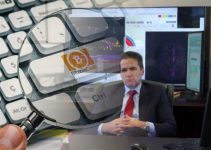 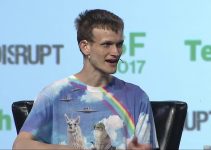 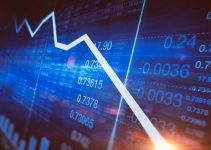